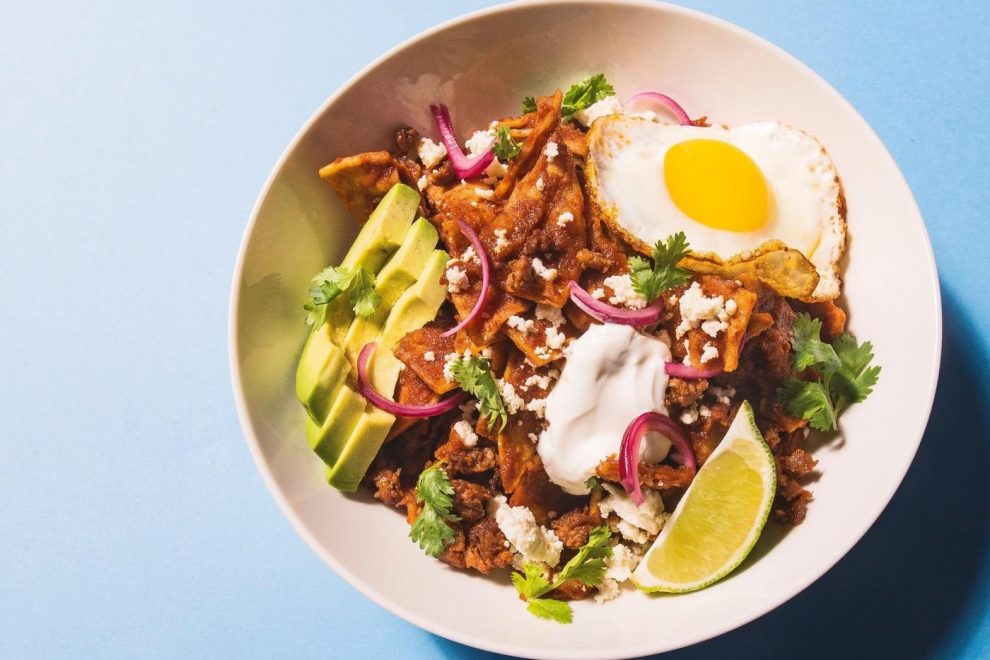 When we think of Mexican food, we immediately remember tacos, burritos or guacamole, but Mexican cuisine is much more than that. Traditional Mexican dishes came from a mix of Spanish, Aztec, Mayan and American influences, which guarantee a wide variety of colors and flavors to your dishes. In fact, it is the only cuisine that has been named as part of the “Intangible Cultural Heritage of Humanity” by UNESCO.

Chile’s en Nogada is a traditional dish originating in the Puebla region, in central Mexico, consisting of a poblano pepper stuffed with a mixture of meat, fruits and spices, called picadillo. It is one of the most patriotic dishes in the country, as its colors represent the Mexican flag. However, this dish is traditionally consumed in the months of August and September, when it is in the pomegranate season in Mexico.

Pozole is a pre-Hispanic dish consisting of a spicy broth with corn and pork or chicken. Corn was a sacred plant for the Aztecs and, therefore, Pozole was consumed as a ritual or commemorative dish. As per the legend, the original meat used in the Pozole was from humans. When Spanish conquistadors banned cannibalism, pork became a substitute because it tasted similar. There are three types of Pozole: red, white, and green.

Chilaquiles is a popular breakfast dish in Mexico. The dish consists of corn tortillas that are fried, then cooked in a green or red sauce and sprinkled with cheese. It is often served with fried beans, eggs and sometimes with guacamole, shredded meat or chicken. This dish is easily found in Mexico and is a famous hangover cure.

Often called the traditional and national dish of Mexico, poblano mole is probably the most well-known variety of mole, which is a generic name for various sauces used in Mexican cuisine. Mole poblano is a dark and thick sauce made with at least 20 ingredients, including pepper and chocolate, which gives it a fantastic variety of flavors. Like Pozole, this dish is kept for special occasions, such as weddings and birthdays. It is also eaten at Christmas, where it is served over shrimp cakes.

It is an iconic example of Mexico City’s street food. Pambazo are white breads stuffed with potatoes and chorizo, then dipped in a hot red pepper sauce, which gives bread its famous coloring. Then it is fried until crispy and then topped with lettuce, parsley, cheese or sour cream. You can also find mini versions known as pambacitos.

Tamales are made from MASA, dough made from corn and fat, which is then steamed wrapped in banana leaves or corn. They can be stuffed with a variety of meats or vegetables. You can also find its sweet version, full of fruits and often colored with pink dye. This dish dates back to Aztec and Mayan cultures. The Aztecs used to stuff their tamales with turkey, rabbit and even flamingo. Today’s traditional fillings are pork and chicken, but they can also be stuffed with beans or vegetables.