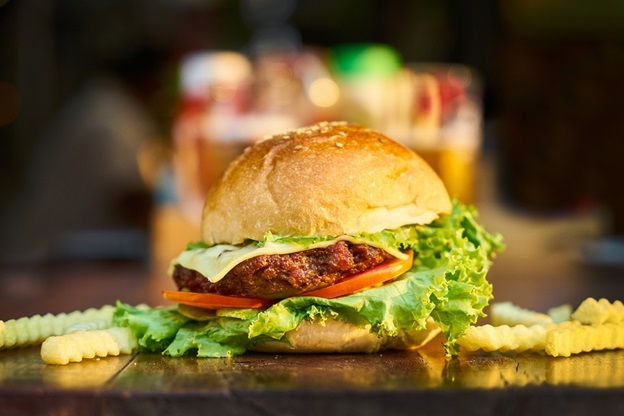 CHEESE! It’s a punch to your palate and a slice of heaven.

As a versatile ingredient, cheese has a penchant for being able to add delicious delight to every food. Cheese and continental dishes are the perfect pair that transform your meals from ordinary to legendary. Different cheeses like mozzarella, gouda, feta, cottage cheese, and many more are white.

Beyond the science of cheese, some of you believe that orange cheddar has a better flavour than white cheeses. Cheddar has become so popular that cheese shops are charging more for their cheddar cheese.

Let’s now dive back into history and learn how the tint of orange colour came to be:

In a race among cheese makers, other colours were regarded to be better than orange cheese. That explains the orange in Wisconsin cheese and the mass marketing of orange processed cheese prompted people to opine that cheddar was orange in the first place.

These are more likely attributed to aging or the difference between pasteurized and raw milk. In the United States, Wisconsin cheddar tends to be more orange, whereas it is typically white in New England, Ontario, and Quebec.

Due to changes in the cow’s diet:

Back in the 17th century, cheese in England was naturally pale yellow and was made from the milk of cows like Jersey and Guernsey. Grass has high beta-carotene, a fat-soluble yellow pigment. When cows graze, the carotene gets dissolved in animal fats and stored in the fat globules of the milk. These fat globules give cow’s milk a yellow hue that reflects in the burger cheese slices. This, in turn, has become the hallmark of high-quality cheese.

From the annatto tree:

Americans still recognize cheddar cheese as the orange cheese in their dairy section. The annatto tree, which thrives in tropical areas of Central and South America, gives it its colour. Red food colouring is made from annatto seeds that are ground into a powder. Having been used to dye cheese for over 200 years, cheddar cheese always has the same hue as the annatto.

Dying elements of cheddar cheese slices include carrot juice, saffron, marigolds, and even cochineal, which comes from beetles.

Is all Cheddar cheese orange in colour?

Nope, not really. Some cheesemakers choose to make white cheddar cheese. This doesn’t affect the flavour of your cheddar cheese recipes. If you buy a block of white cheddar, do not worry! It’ll still have the same taste and texture.

Given the plausibility of these explanations, the real reason why cheddar cheese slices became orange is unknown. However, one thing that is clear is that it does allow cheese enthusiasts to try one of each hue to determine their favourite.